Human Leukocyte Antigen (HLA) B27 is a class I surface antigen encoded by the B locus in the major histocompatibility complex (MHC) on chromosome 6 and presents antigenic peptides (derived from self and non-self antigens) to T cells. According to Wikipedia (!)

Individuals with ankylosing spondylitis (AS), and other associated inflammatory diseases referred to as "spondyloarthropathies" are far more likely to have this antigen than not. In fact over 95% of sufferers have this antigen compared with a far lower incidence in the general population: about 8% of Caucasians, 4% of North Africans, 2-9% of Chinese, and 0.1-0.5% of persons of Japanese descent.
Hence the antigen is a useful marker when investigating the suspicion of ankylosing spondylitis

When testing for the presence or absence of the HLAB27 antigen two similar assays are run in parallel. In each instance two aliquots of patient (or control sample) are taken and mixed (in separate tubes) with an isotype control and with anti-HLA B27 and incubated.
A lysing agent is added, and after an incubation period the remaining white cells are washed twice with phosphate-buffered saline. It's important to spin gently; white cells are fragile things.

After the final wash the cells are re-suspended in phosphate-buffered saline and analysed on the flow cytometer. The isotype control (first tube) gives a zone on which to target the analyser for the second tube which will then exhibit positivity or negativity. And being performed in duplicate with differing antibodies gives little scope for error.
The result is positive or negative; because one either has or does not have the HLA B27 antigen.

Equivocal results are occassionally due to cross-reactivity from other antigens (HLA B7 is the most likely), but most commonly from a compromised sample. Repeating with a fresh sample will give a definitive result.

I learned a new technique today... 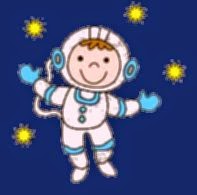 When I was a lad cortisol samples were only tested if the sample was collected at 9am because of the diurnal variation of the hormone. These days they are tested on samples collected at any time *but* the time of the sample is a "must-have" because of the known and calculable diurnal variation of the hormone.
This made me think. What about shift workers? Is the hormone level related to activity, sleep patterns or to daylight?

I found this article about cortisol leels in astronauts.
http://www.ncbi.nlm.nih.gov/pubmed/7562371
It would seem that cortisol levels are related to light, not diurnal rhythms. Question answered.
No comments:

A group and save sample came in shortly before the day staff went home this evening. The diagnosis was "abdo pain" which is rather vague. The outcome could be anything from the patient going home following a good fart through to massive blood transfusions following extensive surgery for a myriad of reasons. Such samples shouldn't really wait around.
This one had a positive antibody screen. The antibody identification panel showed anti-Fy(a) by IAT technique and was negative by enzyme technique (as one might expect for anti-Fy(a))

This was a known antibody, there had been several previous encounters. therefore referral to a specialist centre wasn't necessary on this occasion.

Blood wasn't requested on this encounter; had it been required there shouldn't have been too much trouble providing it. With about a third of the population being Fy(a) negative and the patient being O Rh(D) Positive statistically we would expect to have about seven to ten suitable units in the blood bank.
Statistics notwithstanding I had a rummage in the blood bank just to be sure we could provide something in an emergency.
We could...

A couple of references are always good in a little case study:
http://en.wikipedia.org/wiki/Duffy_antigen_system
http://www.ncbi.nlm.nih.gov/books/NBK2271/ 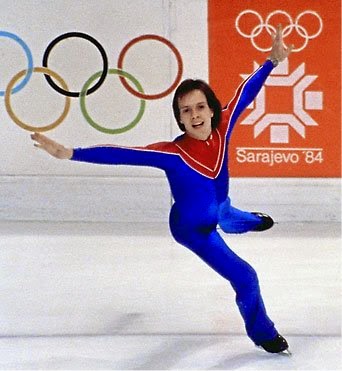 Here's a condition I'd never heard of before. It was the diagnosis on a blood count I examined which was pretty much normal *apart* from a marked neutropenia; the blood film rather unremarkable.
There were several references to this on-line; it speaks volumes that the most readable was in wikipedia. Mind you this one was helpful too.
To quote the Internet ":Neutropenia may be intermittent or persistent and is the most common haematological finding" which was exactly what I found.

An autosomal recessive genetic disorder; several hundred cases have been recorded. Mean lifespan of such patients is thirty five years, but this might be something of an underestimate. However, there is considerable risk of various complications at all ages. In infancy, primary concerns include malabsorption, infection and restrictive pulmonary disease secondary to the associated thoracic dystrophy.
In older individuals premature deaths may arise secondary to haemorrhage, infection or malignancy.
Males seem to be more severely affected and more frequently suffer premature death than females for no obvious reason.

Mind you affected individuals will have long and productive lives; one such went on to be an Olympic figure skater.

An interesting article. I did know this, but a reminder never hurts 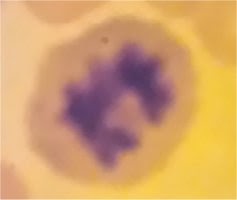 I saw a mitotic figure in a blood film today. I've only ever seen this twice before; rather obscure.
This was seen in a case of acute leukaemia, so the finding wasn't entirely unprecedented, and has been reported in the literature
http://annals.org/article.aspx?articleid=669742

Interestingly such findings are commonplace in reptiles.
http://en.wikivet.net/Lizard_and_Snake_Blood_Cell_Identification

I never knew that !!


A patient was admitted for blood transfusion who was known to have anti-Chido antibodies. The patient’s records said:

Seemed odd to me… on further reading the Chido antigen is part of the complement cascade, so pooling with normal plasma will mop up any anti-Chido and so any reaction found in this pooled plasma will be “genuine” blood group antibodies.

There is quite a bit on the subject available on-line; especially at:

Mind you I have no idea why the pool has to be from male patients; nor does anyone else that I ask…
No comments:


An update from the National Blood Service…

..and the customer services team launches a Twitter account. Don’t get me wrong; I’m sure it’s a very laudable initiative but I must be the only person on the planet who can’t stand Twitter
No comments:

I was getting quite excited… until I was told this was a known case of Hb E
No comments: OK – I am a week late reading this….. but there is something of note here… an HCPC app. I’ve downloaded it into my new phone. Let’s see what I can do with it.
No comments: