Personally I can't help but feel that the report takes a little too long to come back - I can't really remember much about what I said at the time. I'm pleased I didn't miss any of the really salient features 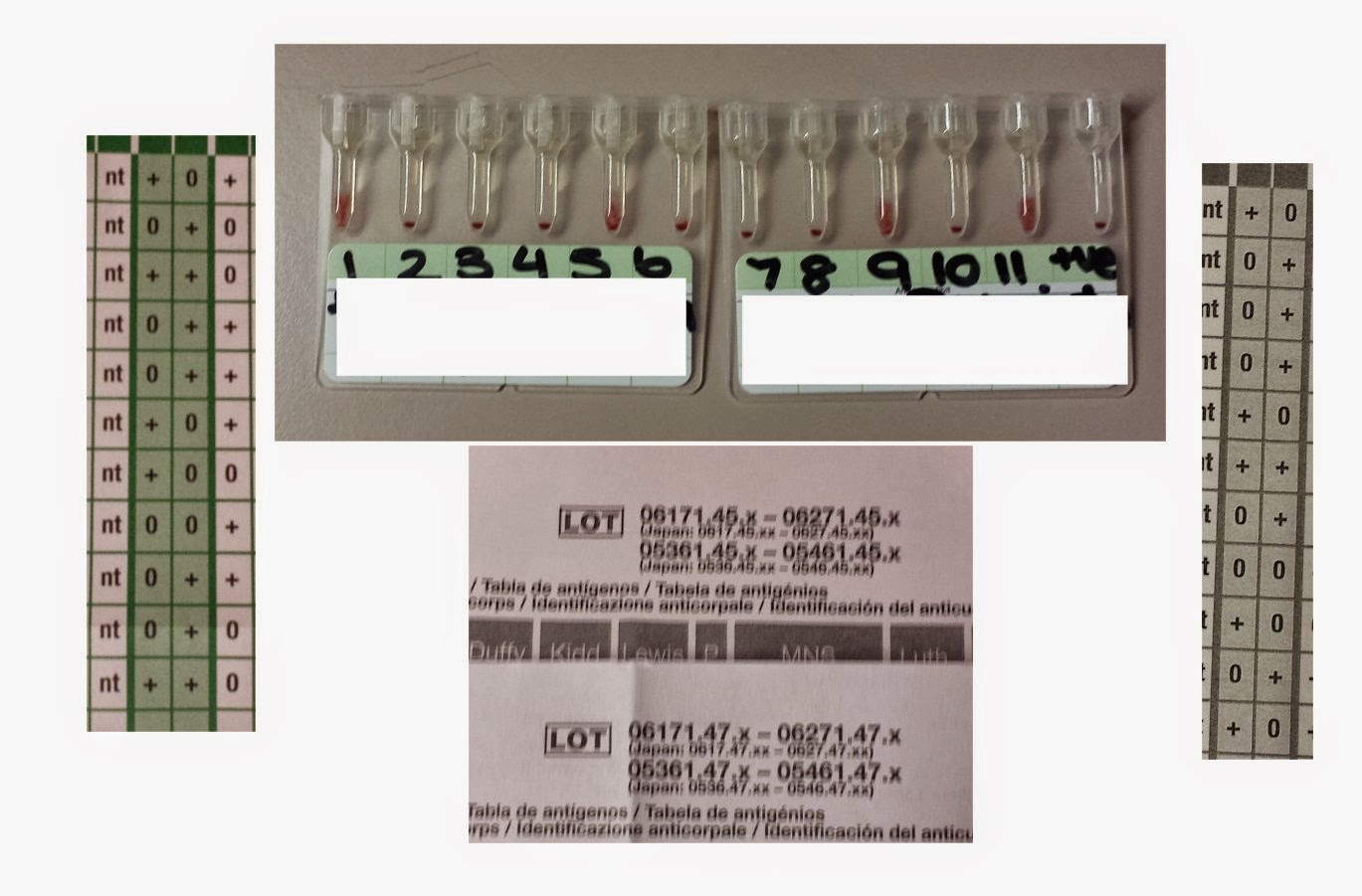 There are five main Rh antigens: D, C, c, E, and e. However, the other Rh system antigens are important, as well, as antibodies can be formed against them that can cause serious problems.
One of the oddities of the Rh system is the fact that antigens can be formed by the presence of two other antigens present at the same time or in a specific combination. These antigens are known as "compound antigens," and the f antigen is one of those.
The f antigen is present in any person with both the "c" and "e" antigens.

Antibodies against f antigens are typical alloantibodies; that is, they are formed when someone is exposed to antigens that they lack on their own red cells, typically through pregnancy or transfusion. So by implication only those who are f-negative are eligible to form anti-f.
So, which people are is f-negative? f-negative people are those who do NOT have c and e as part of the same haplotype.

Since anti-f is considered clinically significant, a person who makes an anti-f should, once the antibody is identified, be transfused with f-negative blood.
While that sounds easy, it isn't quite so straight-forward

Finding f-negative blood is effectively the same as finding blood which is both c-negative AND e-negative.

Blood donors who are either c-negative or e-negative are f-negative, by definition. As a result of this, and since most people with anti-f are Rh-positive, there are two common approaches to this situation.
In the first approach,  test a group of donors (Rh-positive, unless the patient also has anti-D) for the presence of the c antigen. These units are f-negative, also, so c-negative units are then used for crossmatching with patient serum.
The second approach, which conserves supplies of reagent anti-c, and is thus more appealing, is basically the reverse of the above. The transfusion service simply uses patient serum to check for compatibility with red cell samples from multiple donor units. The compatible units are then screened for c using anti-c antiserum, and those that are c-negative are used for transfusion.
Under this strategy, the most common Rh genotype for donors of blood given to these patients is R1R1 (DCe/DCe), an extremely common genotype in caucasian blood donors.

Why use anti-c antiserum in the strategies above and not anti-e? Money(!) The e antigen is incredibly common, and fewer than 2% of blood donors in most populations are negative for e. As a result, it makes more sense to use a reagent that has a greater chance of success (c is absent in 20% of Caucasian and 4% of African-American donors) and will therefore require much less to be used.

The above example is rather complicated as there is also an anti Fy(a) working by IAT, but the enzyme panel illustrates the point.
No comments:

The apprentices are good people; one of them was up for the "Apprentice of the Year" award.