I had a couple of rather odd blood groups this week. Having torn my hair out and cried, it transpired that both cases were both post bone marrow transplants.

The second was A Neg which is going to end up as A Pos but has somehow lost the naturally occurring anti-B along the way.

Fortunately for my sanity the reference laboratory sends detailed instructions on how to consider the patient and on what blood products they should be given.
No comments: 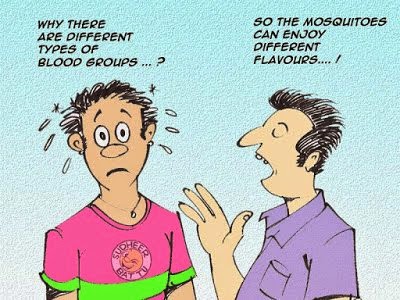 I found this link today. I was actually looking up articles on weak expression of the D antigen. My old ideas of D and Du would seem to have long been superceded. In my researches I've found several mini-lectures. They might not be the most high-powered presentations, and they are a couple of years old, but they are ideal for someone returning to the field who is just a little bit rusty. 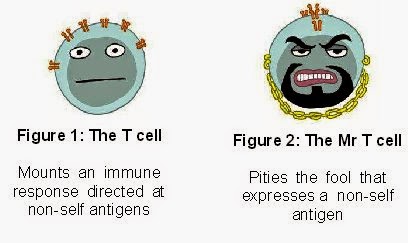 OK - it's not original.... but I did have enough pride to correct the spelling mistakes in the version which is currently circulating on Facebook.
(I'm having a day off today...)

The Government has launched an initiative to try to reduce bureaucracy in everyone's daily working lives; the "Red Tape Challenge" which has already simplified the workload of hospital pharmacy departments

Since I last worked in blood transfusion on a regular basis the amount of paperwork in that field has gone through the roof.
The suggestion has been made to amend or do away with much of the blood quality and safety regulations.
Admittedly this article is now a couple of years old, but it makes for interesting reading. Mind you I'm a little concerned that whoever moderates that website (presumably some Whitehall official) has seen fit to censor some of the replies.

What do I think on the matter.... There is clearly too much paperwork at the moment. A not insubstantial amount of this is duplicated between the various bodies and agencies regulating us. Much of this paperwork is unnecessary in the twenty-first century - much information gathering could be automated by improving the I.T. systems used in blood banks. And there is quite a lot of work going on which fulfils the letter (but not the spirit) of the law.
Perhaps the regulating bodies might reconsider exactly what is required in the regulation of a blood bank, and question how what is being done today "because the regulations demand it" actually benefits the functioning of the department or the public well-being in any way.
I suspect those making the regulations are rather distant from those having to apply them.
No comments:

I'm getting back into the swing of crossmatching. I did it for years; and the old skills are returning. Following the detection of a positive result in an antibody screen this morning in the plasma of a patient requiring a blood transfusion, an antibody identification panel was performed by both indirect antiglobulin and enzyme techniques. 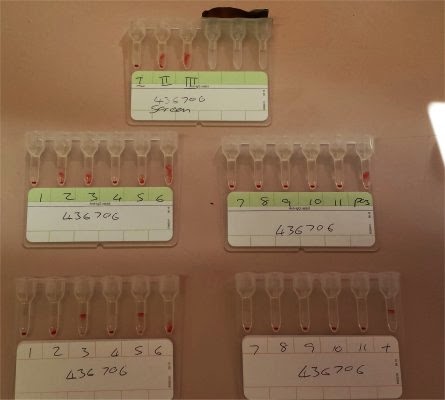 Therefore we have two blood group antibodies present; anti-K working stronger by indirect antiglobulin and anti-E working stronger by enzyme, but both antibodies detectable by both techniques. As one would expect from such antibodies.
Reviewing the screening cells shows that such a combination of antibodies is consistent with these findings. Furthermore the patient tests negative for these antigens.

In this instance provision of suitable blood for transfusion is straightforward; donor units come pre-typed for these antigens. No mass screening (and hoping for) suitable donor blood is necessary.
All that is required is a crossmatch... I can do that...
No comments: 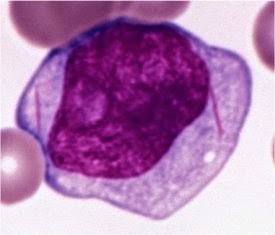 Today was the weekly blood film tutorial. It's been a little while since I last looked at blood films for real; but the knowledge still seems to be there inside my head. Today we were looking at various cases of acute leukaemia; I think it's fair to say that I spotted all the salient features.

It's good to be able to have approachable people with whom to discuss blood film morphology...

And here's a web site I forgot all about. Perhaps I might carry on with it where I left off nearly three years ago...

I spent a little while getting to grips with VANESA yesterday.
VANESA is the national blood stocks management scheme's data management system. She (it) seems relatively straightforward, but (like everything) building up experience is everything.
No comments:

It's a few years since I was last crossmatching in anger, so I thought it might not be a bad idea to bring myself up to speed on the latest guidelines on pre-transfusion testing. "Guidelines for pre-transfusion compatibility procedures in blood transfusion laboratories" seemed a good place to start.

An interesting document; however I must admit that I only found the summary of key recommendations and the appendices useful. The rest of the article seemed to wax far too loquaciously, with whole pages of text which didn't actually say anything.

1 May 2014 (Thursday) - Another Discrepant Blood Group