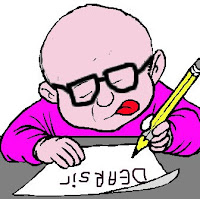 As I was sitting authorising dozens (hundreds) of blood counts I found one with a raised haemoglobin and haematocrit. Massively raised. Epically raised. This is quite unusual at the best of times, and then I found another. Two?
Both were from the endocrine clinic. Both were on testosterone supplement therapy.
I didn’t realise that a recognised side effect of testosterone supplement therapy is a marked increase in red cell production to that extent.
https://www.ncbi.nlm.nih.gov/pmc/articles/PMC5647167/
https://themenshealthclinic.co.uk/trt-erythrocytosis-facts-recommendations/

You learn something new every day… (you really do – it’s called CPD – that’s why writing it down is so important!)