The ISTH sent their update today….

Something for nothing can’t be bad…

The nice people at the American society of Hematology sent their update today. Having decided not to blog about the latest missives from the BBTS, IBMS and lablogatory as they had absolutely nothing of relevance to me, it was good to get something that was. New guidelines for the treatment of TTP, the latest FDA approvals for the treatment of red blood cell and iron disorders, and more stuff too….

Email ThisBlogThis!Share to TwitterShare to FacebookShare to Pinterest
Labels: A.S.H. 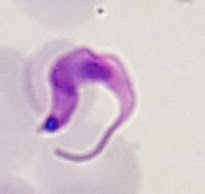 I got them right….

This morning I managed to get hold of the consensus results of some of the recent NEQAS morphology exercises. There was a few so I will summarise:

I identified all salient features. The case was “…from an 89-year-old man with T-cell Prolymphocytic Leukaemia (T-PLL)”

I identified all salient features. The case “…was a patient with B-cell chronic lymphocytic leukaemia (B-CLL) who had received treatment”

I said hyposplenism. The case was “compound heterozygote for sickle cell/β0-thalassemia who was clinically well and undergoing an exchange transfusion to prevent sickle crises”

Well… they’d have hyposplenism, wouldn’t they?

I’m finding  the NEQAS morphology excercises to be of less and less relevance to me in that the results take an absolute age to arrive. When they do come I’ve forgotten what I saw or said, and finding time to review the slides is tricky.

The on-line exercises are better in that respect, but they too aren’t as fast at sending the results as they might be.

I got to spend the afternoon on a distance-based over-the-internet interactive teaching session today. It’s no secret that I’m not the world’s greatest parasitologist – I was hoping for so much…

The first session was utterly disjointed. There was no structure or plan to it. The speaker spent the first fifteen minutes saying a lot without actually saying anything, and then spent forty-five minutes jumping from one topic to another seemingly at random with absolutely no connection between one sentence and the next. Occasionally the presenter would write on the screen… I say “write” – my six-year-old grandson could scribble neater.

There was then a quiz. We were presented with various pictures. First of all we had to identify the parasite, and then we had to select up to four reasons to support our reasoning. Identifying the parasite was easy - we just had to find the right picture in the accompanying pdf file (!), but justifying our answers wasn't so simple as the questions weren't well worded.

We had a tea break, then the presenter went through the answers. It was rather frustrating to score zero on one answer when having been told to select two of four answers we then found that all four were correct (as we'd thought). We scored eighty-nine per cent on the qiz as a whole (having only lost marks on the arguable reasoning), but I thought it very unfair that the speaker wasn't very constructive in telling people who'd made mistakes that they should not guess if they don't know, and implied that people were stupid for doing so.

And the answer session could have been prepared far better on the software - jumping from screen to screen did not work when we could only see the bottom tenth of the picture to which the speaker was referring.

Having done a post-graduate certificate in distance-based learning a few years ago it struck me that the speaker did pretty much everything I'd been told not to do.

Mind you it is easy to be negative... and experts in any field are rarely good teachers. In the past I've done sessions like this which have involved taking a day off work, leaving home at silly o'clock, travelling to London at great expense and inconvenience and not getting home till late (having spent much of the day cooped up like a sardine). Distance-based training over thin Internet really is the way forward.

And as an added bonus, doing something like this was one of this year’s appraisal objectives…

The nice people at The Oncologist sent their update today. You can read it here.

A lot of it went over my head, but scanning the abstracts gave me a little more insight than I had before into current developments in the field.

I think this is how I best relate to clinical oncology – for me it is a related topic rather than my core business, and scanning these little updates works for me.

But that’s CPD in a nutshell, isn’t it – finding what works for me.

Email ThisBlogThis!Share to TwitterShare to FacebookShare to Pinterest
Labels: The Oncologist 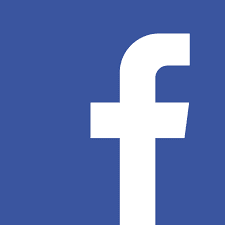 I suppose this *is* the twenty-first century… 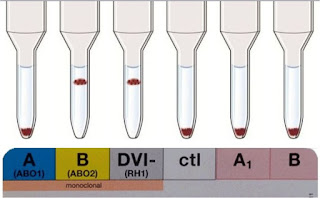 Bearing in mind I’m not at all happy about yesterday’s getting it wrong (I *wish* I could revisit the images!!) I thought I might see if I might redeem myself this morning.

The software presented me with one case – a fifty-three year-old woman with anaemia of chronic disease requiring group and save.

Her cell group of “B” was at odds with a serum group of “O”, so her ABO group was indeterminate.
Her Rh(D) group was Positive.

Her antibody screen was positive in the second cell so I requested panels.
The IAT and enzyme panels were positive in cells 3 and 5 which is consistent with anti-E

I got the green light…

As I worked through the scenario I was taking no end of screen shots. I don’t mind getting it wrong (well, I do!) but if (when) I get it wrong I’d like to learn from my mistakes. Telling me “You failed - Quack Quack Oops!” (like it did yesterday) isn’t really much good as an educational experience.